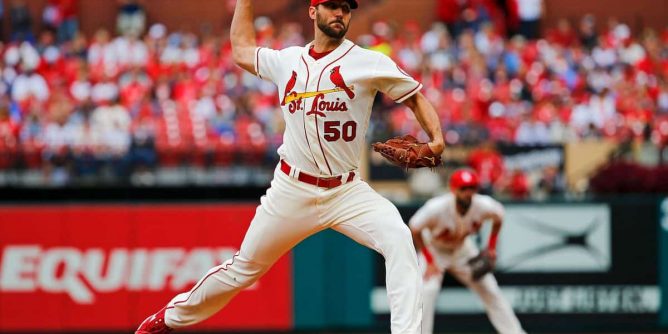 The St. Louis Cardinals (54-48, 29-20 home) begin a three-game series against their divisional rival, the Chicago Cubs (41-60, 21-28 away), on Tuesday night at home. The two teams have played each other eight times this year, splitting the series four games apiece.

Tuesday’s first pitch is scheduled for 7:45 p.m. EST at Busch Stadium in St. Louis, Missouri. The Cardinals open as the favorites in the contest at -155, and the over-under is eight runs.

What to Know – Chicago Cubs

Chicago faces the Cardinals after losing three of four out in California to San Francisco. The Cubs sit in third place in the National League Central, 15.5 games behind the leading Milwaukee Brewers.

On the hill for the visitors is expected to be right-hander Keegan Thompson (8-4, 3.16 ERA, 1.20 WHIP). The 27-year-old starter tossed a seven-inning shutout in his last trip to the mound. Thompson has logged 88.1 innings in his sophomore season, allowing 31 earned runs behind 77 hits and 29 walks with 82 strikeouts.

The bats of Patrick Wisdom, Ian Happ, and Wilson Contreras spearhead the Cubs’ offense. Wisdom is the team leader in home runs (19) and runs batted in (50), while Happ sits with 46 RBIs and Contreras with 14 home run blasts.

The Cubs are 15th in the majors batting 2.44 as a team and scoring 4.2 runs per game. Chicago’s pitching staff ranks 25th in the MLB with a 4.36 team earned run average.

St. Louis returns home for the first time in the second half of the season after an eight-game road trip. The Cardinals remain in a two-team battle with the Brewers for the top spot in the NL Central, trailing Milwaukee by three games.

The 40-year-old righty Adam Wainwright (7-8, 3.28 ERA, 1.21 WHIP) gets the nod in the series opener for St. Louis. Wainwright suffered losses in three of four starts in July but bounced back last week in his final start of the month with a victory against Toronto. The veteran workhorse has pitched 123.1 innings, surrendered 45 earned runs, 115 hits, 34 walks, and struck out 99 batters.

Paul Goldschmidt has been locked in at the dish all season, leading the Cardinals’ offense with 24 home runs and 78 RBIs. Nolan Arenado adds 19 home runs and 60 RBIs to give St. Louis a dynamic pair of hitters in the heart of the order. St. Louis has six batters in the lineup with 30 or more RBIs this year.

On offense, the Cardinals plate 4.6 runs per game thanks to a .251 team batting average that is eighth in the league. The pitching staff for St. Louis sports a 3.85 team ERA, 12th in the MLB.

These two rivals have had some good battles this year, and we get three more contests this week. St. Louis needs to keep the pressure on as the Brewers show no signs of slipping from the top spot in the standings.

Wainwright and company get things done in an electric opener in St. Louis.