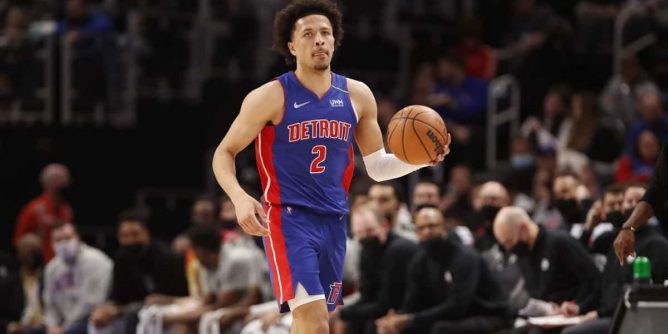 Chicago has lost its last five in a row, three of those away from home. The Pistons have won three straight and four of their last five.

Wednesday’s tip-off is at 7 p.m. EST inside the Little Caesars Arena in Detroit, MI. Chicago is a 6-point road favorite, and the over-under total is at 226.5 points.

What to Know – Chicago Bulls

Chicago looks to erase their recent play against a Detroit team the Bulls have beaten three times already this season. The Bulls will be playing short-handed, with a handful of key players out for Wednesday’s tilt with the Pistons.

The Bulls had no answers for the Philadelphia Monday night, falling to the 76ers, 121-106, in a battle of top teams in the Eastern Conference. The loss dropped the Bulls to 0-9 against top teams from the East. Zach Lavine led the Bulls with 24 points, and DeMar DeRozan chipped in 23 points and 11 rebounds.

What to Know – Detroit Pistons

Detriot has one of the worst records in the NBA, but that hasn’t stopped the Pistons from continue to battle this season and piecing together a three-game winning streak. The Pistons are 14-25 against teams from Eastern Conference opponents and 0-3 against the Bulls.

Rookie Cade Cunningham scored 28 points and dished ten assists, leading Detriot to a 113-110 overtime victory over the Atlanta Hawks on Monday night. Jerami Grant added 23 points, and Marvin Bagley III came off the bench to supply the Pistons with 19 points and ten rebounds.

Detroit’s starting center Isaiah Stewart left the game with a knee injury and will miss Wednesday’s game against Chicago.

The loss of Stewart isn’t ideal for Detroit, but the Pistons have performed well over the last two weeks and have momentum on their side heading into the midweek clash. Chicago will try and avoid a six-straight loss, and while we believe the Bulls will pull it out, look for Detroit to keep it close on their home floor.