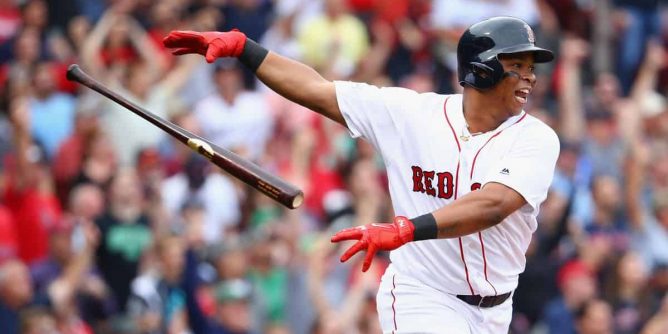 Boston unloaded on Chicago in the series opener, scoring sixteen runs in a blowout victory. The victory was the first for the Red Sox over the White Sox in four tries this season.

Wednesday’s first pitch is slated for 8:10 p.m. EST at Guaranteed Rate Field in Chicago, IL. The White Sox are favored (-170) in game two, and the over-under total is eight runs.

What to Know – Boston Red Sox

Boston’s beatdown of Chicago was the team’s sixth-straight victory and seventh in eight contests. The Red Sox scored the most runs in a game since a 20-run outburst last year against Tampa Bay. The winning stretch has helped, but Boston still sits in fourth in the AL East, 9.5 games back of the leader.

Veteran left-hander Rich Hill (1-1, 3.90 ERA, 1.27 WHIP) is the expected starter for the visitors. Hill aims to bounce back on the mound after a short stint in his last outing, surrendering four earned runs over two innings against Seattle. The 42-year-old has seen action in seven contests, throwing 30.0 innings while allowing 30 hits, 13 earned runs, eight walks, with 23 strikeouts.

Rafael Devers powers the Red Sox offense with a .337 batting average and ten home runs. Devers also leads the team in runs scored (30) and runs driven in (25). Trevor Story was brought in the offseason as a big acquisition for Boston’s offense, and after a slow start at the plate, the shortstop has hit six home runs over his last five games and raised his average from .196 to .231.

What to Know – Chicago White Sox

The White Sox have had an up-and-down start to the season and have won three of their last five. Chicago is second in the AL Central, 5.5 behind the Minnesota Twins for the top spot.

Right-hander Lucas Giolito (2-1, 2.84 ERA, 1.23 WHIP) gets the call for the White Sox. Giolito has been impressive in May, picking up a pair of wins and allowing only six earned runs over three starts. The 27-year-old former top prospect and 2019 All-Star hasn’t allowed more than three earned runs in a start this year.

Tim Anderson can’t be stopped at the dish, leading the White Sox and ranking third in the MLB with an impressive .365 batting average. Anderson is tied with Jose Abreu for a team-high 19 RBI and leads the White Sox with 23 runs scored.

Offensively, the White Sox score 3.6 runs per game thanks to an offense that is 21st in the league hitting .235 at the dish. Chicago’s pitching staff is 18th in the league with a 3.94 ERA.

Boston is finally heating up, and the Red Sox aren’t going to be a lineup many teams want to face moving forward. Chicago sends out its staff ace tonight, but the Red Sox have had success against Giolito in the past. Boston keeps the winning trend going with their eighth in a row.