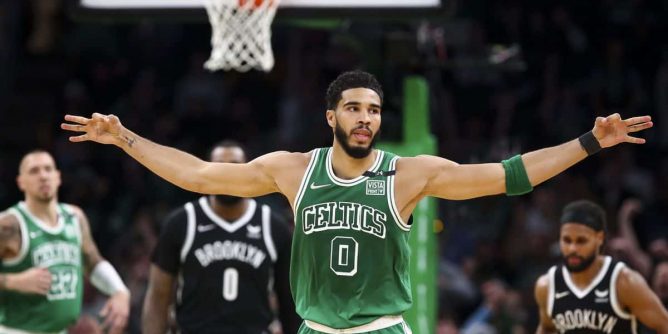 The NBA Finals roll with Game 3 featuring the Golden State Warriors at the Boston Celtics. The series is tied at one a piece after the first two games on the West Coast.

Wednesday’s tipoff is at 9 p.m. EST inside TD Garden Arena in Boston, Massachusetts. The Celtics are a 3.5-point favorite, and the over-under total is 212.5 points.

What to Know – Golden State Warriors

Golden State shook off a series-opening double-digit loss to hand the Celtics a double-digit loss of their own in Game 2. The Warriors, under the head coaching of former NBA player Steve Kerr, try to claim the franchise’s seventh NBA title and third in eight seasons.

Stephen Curry has led the way for the Warriors in the postseason, averaging a team-high 26.6 points per game. Curry is tallying four-made three-point field goals per game and shooting nearly 40% from the arch.

Klay Thompson (19.1 ppg) and Jordan Poole (17.8 ppg) add additional shooting options for the high-scoring Warriors. Andrew Wiggins has done it all for Golden State in the postseason, averaging 15.8 ppg and grabbing 6.8 rebounds per contest.

The Celtics made a statement in the opener with a huge road win in the Bay area to come back to the East Coast with the series square. Head coach Ime Udoka hopes to get the NBA title back in Boston for the 18th time in franchise history and first since 2008.

The scoring combo of Jayson Tatum (26.3 ppg) and Jaylen Brown (22.7 ppg) has powered the Celtics lineup through the postseason. Tatum and Brown are both hitting over 43% of their attempts from the field, while Tatum is connecting on 38.6% of his shots from deep.

The veteran Al Horford has been an unlikely provider of quick points, averaging 12.1 ppg thanks to an eye-popping 46.3% shooting from three.

The Celtics get the Warriors at home in what should be a closer contest than the first two. Four of Golden State’s five postseason losses have come on the road, but the Warriors’ offense does travel.

Boston might pull out the victory on Wednesday, but expect a tight contest that is decided in the final minute.