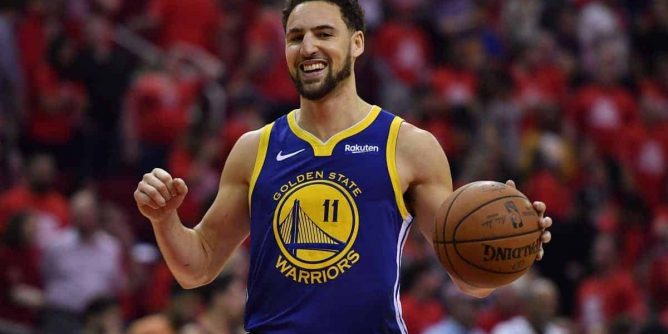 The NBA Finals return to the Bay Area for Game 5 of a series tied at two games apiece. The series has gone back-and-forth, with the Boston winning the first and third games and Golden State triumphant in the second and fourth. Boston will host Game 6 and, if necessary, the best-of-three series will return to California for the deciding Game 7.

Monday’s tipoff is at 9 p.m. EST inside the Oracle Arena in San Francisco, California. The Warriors are a four-point favorite, and the over-under total is 212 points.

Boston returns West, where they took one of two and hope to be that same energy Monday night as they did in the series opener. The Celtics are 7-0 in the playoffs following a loss.

Jayson Tatum (26.1 ppg) and Jaylen Brown (22.8 ppg) have been the scoring duo that powers the Celtics’ offense. Marcus Smart has stepped up the postseason, chipping in 15.5 ppg, and the veteran Al Horford has provided a deep threat, hitting 45.6% of his shots from beyond the arc. Reserve guard Derrick White averaged a playoff-best 14.0 points during the finals.

What to Know – Golden State Warriors

The Warriors evened the series with a great second half thanks to the lights-out shooting by Steph Curry. Golden State’s been shaking at home this postseason with just an even 5-5 mark inside Oracle.

Curry exploded for 43 points in the Game 4 victory and bumped his postseason scoring average to 27.6 ppg. When the sharp-shooting Curry isn’t pouring in buckets, Klay Thompson (19.3 ppg), Jordan Poole (17.2 ppg), and Andrew Wiggins (16.0 ppg) are there to pick up the slack. The Warriors would like to see more offensive output from veteran Draymond Green, who’s picked up more fouls than points during the finals.

The first four games of the NBA Finals have ended in double-digit victories for each winning side. Boston and Golden State have traded blows, and if the series history provides us with any meaningful data, it’s the Celtics’ turn to come out on top.

Are we going to get a close contest in one of these games? Monday might be the night things are close down the wire, but we think the Celtics get it down either way with their impressive postseason record following a defeat.