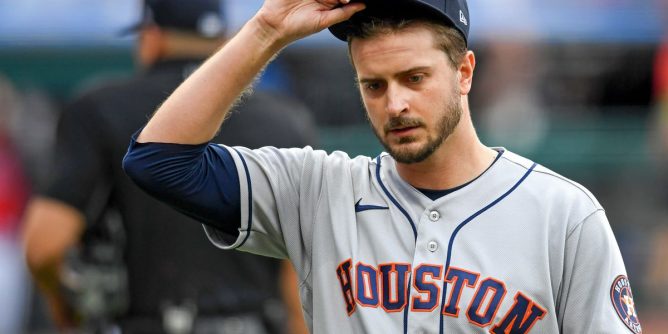 The first pitch of Sunday’s contest is at 7 p.m. EST at Busch Stadium in St. Louis, Missouri. St. Louis opened as the betting favorite at -115, and the over/under total is eight runs.

Atlanta continues to stay near the top of the National League East as the Braves try and get back to the playoffs and defend their World Series title. The Braves trail the New York Mets by three games in the division.

The expected starter for the Braves is right-hander Jake Odorizzi (5-5, 3.95 ERA, 1.27 WHIP). Odorizzi looks to match his last outing, where he tossed six innings of one-run ball in a victory over the Pittsburgh Pirates.

The Braves’ offense is loaded, and it starts at the heart of the order with Austin Riley and Matt Olson. Olson has 27 home runs and 87 runs batted in, while Riley has 83 RBIs and 31 home runs. Ronald Acuna Jr. carries a six-game hitting streak into Sunday night’s matchup.

Atlanta averages 5.0 runs per game behind a .254 team batting average that is eighth in the majors. The Braves’ pitching staff sits sixth in the league with a 3.55 team earned run average.

St. Louis is 3-3 over their last six games but hold a six-game advantage in the NL Central. The Cardinals’ next four series are against teams with losing records, giving St. Louis a chance to put some real estate between them and the Milwaukee Brewers.

Paul Goldschmidt leads the majors batting .338, and sits third in both home runs (33) and RBIs (105). The slugging first baseman has hit safely in eleven of his last 12 contests. Nolan Arenado is right there with Goldy, swatting in 27 home runs and driving in 84 RBIs.

The Cardinals’ offense is fourth in the MLB, hitting .259 as a team and scoring 4.9 runs per contest. The pitching staff for St. Louis features a 3.83 team ERA, 12th in the majors.

Atlanta is 4-2 against the Cardinals this season and has the better offensive lineup. On paper, the pitching matchup looks pretty even. The Braves offense gets it done Sunday night for the visitors.