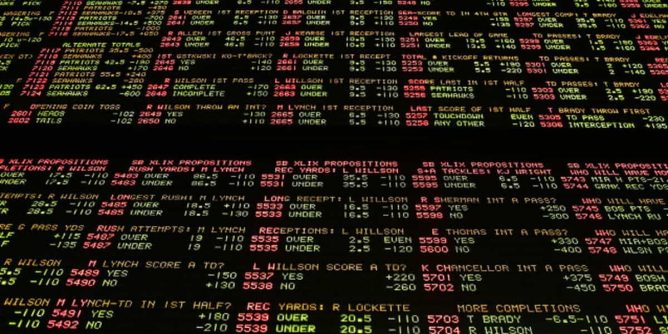 March was a great month for the sports betting industry as a whole. The same could be said for the Copper State, as the Arizona Department of Gaming reported its best monthly handle since the operation began seven months ago.

Unlike many other jurisdictions, the Gaming Department doesn’t break down the handle by each individual sport. However, there is no doubt that the March Madness Tournament was the main event that boosted the numbers by 40.5 percent from February’s handle of $491.7 million.

February was a down month for most states in the industry, as the only event that sparked interest was the Super Bowl. Due to the NBA and NHL All-Star weekends, the state was not able to reach the $500 million mark. However, for six straight months, the sportsbook operators combined to bring in a combined handle of $450 million.

Bookmakers in the Copper State had a win rate of just 5.4 percent, but the gross gaming revenue increased by 52.4 percent from February’s total of $37.2 million. Promotional credits were heavy for the month as bookmakers were trying to attract more players to wager on March Madness.

Nearly every single wager is made online in Arizona as more operators look to enter the state. Only two retail locations in the state were taking wagers for March.

Sportsbooks gave away $18.6 million in free bets, which meant the state was going to collect fewer taxes as the adjusted revenue went down by nearly half to $18.7 million. The state was able to collect $1.9 million in taxes for the month.

Taking the Look at the Market Share Amongst Sportsbooks in Arizona

DraftKings became the first mobile sportsbook operator to hit $1 billion with a record month of $230.2 million as it took the top spot from FanDuel. It may take FanDuel more effort to regain the top position in Arizona, but it is the most popular sportsbook in the industry.

FanDuel had a strong hold percentage that barely missed the industry’s average of seven percent. Due to the solid hold rate and solid monthly handle of $184.6 million, the bookmaker had the highest gross revenue slated at $12.9 million.

BetMGM was the only other operator to hit the eight-figure gross revenue mark for the month. It has become a common theme not only in Arizona but also across different jurisdictions where the top four operators make up a majority of the market share.

DraftKings, FanDuel, BetMGM, and Caesars made up 93.6 percent of the mobile handle. Barstool is the only other sportsbook that brought in an eight-figure handle. WynnBet barely missed the eight-figure mark as well. Betfred didn’t necessarily have a strong handle, but the bookmaker had a hold rate of 11.2 percent.

Arizona is a bit behind when reporting its monthly handles, and some states have reported their April and May handles. In April and going into the summer, the numbers are expected to plummet.

The Arizona Diamondbacks have exceeded expectations so far this season but are still a couple of games under .500. Sportsbook operators across the industry are looking forward to the NFL season starting.