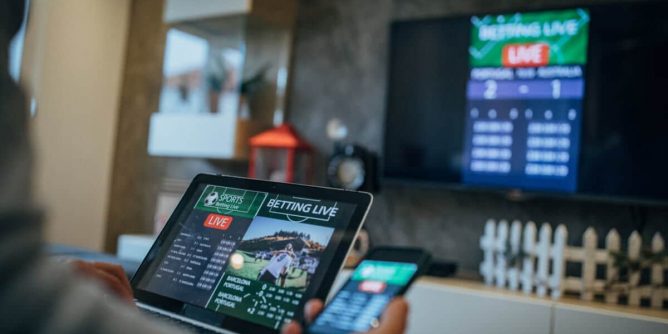 The final month of sports betting was a month to remember for Arizona as it was a record-setting month. Sportsbook operators in the Grand Canyon State combined to bring in a handle of $499.2 million.

The record-breaking handle was seven percent higher than November’s $466.7 million. December’s handle toppled the previous record that was set back in October 2021, which had a total of $486.1 million.

Arizona’s December mobile sports handle also set a new record as the platforms accepted a combined total of $494.5 million which is an increase of 7.7 percent from November’s $459.3 million. October 2021 was also when the previous record was set, bringing in $479.3 million in wagers.

December’s adjusted gross revenue for the operators was $17.3 million, which is a decrease of 45.8 percent from November’s $31.9 million. Due to the decline, the state was able to collect fewer taxes for the month. The state collected $1.7 million for December compared to $3.2 million in November.

“With a new record for total wagers and payouts this December, I am excited to see the continued strong start to the state’s event wagering & fantasy sports market… “I look forward to seeing the benefits to Arizona as the market further develops.”

Arizona’s sports betting market launched on September 9th and hasn’t missed a beat since. The state hosts everything bettors want with a solid number of options to choose from in regards to sportsbooks. The Grand Canyon State is home to 18 sportsbook operators, including ten tribes and eight professional sports teams.

Before New York’s mobile sports betting operation launched in January, New Jersey had the highest sports betting handle of $1.34 billion. Nevada was the only other state to surpass the $1 billion handle mark with $1.015 billion in bets.

DraftKings was the operator to take home the biggest market share for December with a handle of $146 million. FanDuel secured the second position with $131.1 million, while BetMGM was third with $103.7 million. Caesars had a handle of $76 million, and Barstool brought in $20.6 million.

Arizona’s sports betting market will add another sportsbook to its arsenal as Betfred Sportsbook, and the We-Ko-Pa Casino Resort announced Monday that it will be launching after its soft launch in January. Betfred will offer new users a series of welcome bonuses with up to $3,000 in value that includes a risk-free bet up to $1500.

Betfred Sportsbook is also available in other jurisdictions in the industry, which include Colorado, Iowa, Louisiana, Pennsylvania, and Washington. Regulatory approval is also pending in both Nevada and Virginia. The company has partnerships with both the Colorado Rockies and the Denver Broncos.